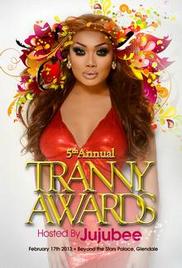 As another fabulous year in transsexual adult comes to a close, we here at Trans-Glam Productions would like to wish everyone the happiest New Year and much success towards the future. We’d also like to thank all our loyal readers and all supporters of the transgendered community. 2012 was a good year for up and coming stars, as well as some long time favorites and legends.

Two new video stars grabbed the attention of fans this year, the lovely and sexy Texas t-girl Jane Marie burst on the scene with glamour and sexy that was truly captivating. Her work with director Joey Silvera has garnished major award consideration, fans feel she is a shoe in for some hardware. Lusty San Fransisco based shemale Venus Lux was another hard working queen who was nothing short of dazzling.

Firstly, British glamour girl extraordinaire Joanna Jet. Joanna has been making the trek from UK to America to film with Kink-Com, but her best work by far can be found on her own solo website, which also underwent a grand makeover. And what can you say about Vanity, she still after all these years lead the pack in elegance, sophistication, and just down right nastiness.

And of course our close friend TS Jesse, a performer of the year nominee time and time again. And of course the lovely and super talented Miss Foxxy, the hardest working shemale of all. Just a sampling of some of the best of 2012, look for more glamorous and sexy in the upcoming year.

This site uses Akismet to reduce spam. Learn how your comment data is processed.